The 4 Benefits Of Opting For House Extensions Rather Than Moving

There are times when the existing house doesn’t suffice your needs anymore especially when there are multiple belongings or probably a family that is growing. Children growing up and needing a space of their own or probably making the house more accessible due to the presence of the elderly at home are a few reasons who people consider moving to a larger house. Well, what they often do not consider is extending the existing house either with added floors on top or probably towards the sides especially when there is space.

House extensions are something that is termed beneficiary when looking at it from numerous aspects. Here are a few put down for you especially when you are considering moving to a new house rather than taking advantage of what you already own.

There is minimal effort involved

When considering relocation or probably building a new house somewhere else, there is a lot of effort that goes into all of it. It is not just the mental pressure but also the expenditure that takes away a lot from you. When you consider receiving assistance from Smart Reno for your much planned project in Brisbane for house extensions, you don’t need to put much effort in it. Firstly, the experienced professionals are there to help and secondly, the structure already exists. So, all you need to do is add to it with a bit of masonry and other labour work. There is no requirement for digging up soil or excavating land for that matter.

It saves you a lot of money

Consider buying a new house or building one somewhere close by and you would see that you are spending a considerable amount of money. There is lesser raw material purchased, less fees are paid to the workers, the work is completed at a faster pace, and there is no need for complicated permits to be obtained. The plumbing and electrical connections already exist, and there is only the need for minimal extensions. 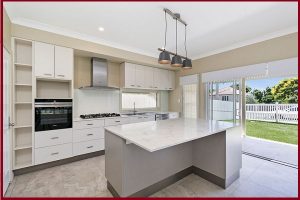 You do not have to face the inconvenience of any sort

When it comes to moving to a new house or probably waiting until a new house is built, there is a lot of inconvenience caused where you have to pack belongings, look out for removalists, make arrangements to let everyone know about your address change and several other issues that wouldn’t surface when you consider renovating the house. All of these come across as an inconvenience which hinders your normal activities. If you are looking for the help of a professional extension builder for renovating your property in Coorparoo, Smart Reno will be your ideal choice to get the job done with minimal efforts. You do not have to worry about moving base or take any other drastic steps that you were previously planning to take.

You receive a better value

When you extend your house, you are in a way renovating your asset. When you have an extended house, there is a better market value that you receive. If you have been living in a dull-looking and old-school house, you will receive a new look to the house after renovation, and that is where it gets better value. Selling it in the days to come would make you receive better benefits.

Looking for a builder to do Renovations Chapel Hill?

Chapel Hill, primarily a residential suburb, consists of mostly detaching housing and is a leafy, affluent area backing onto the scenic Mount Coot-tha which withstands its reputation as a favourite destination for locals and tourists. The ‘Honeyeater Track’ is one of the abundant walking paths within Chapel Hill which lead to the spectacular Mount Coot-tha lookout. The deciphering of the Honeyeater Track and the many other historical and cryptically-named tracks of the Mount Coot-tha possesses a sense of mystery and enhances the excitement of the family-friendly adventure. The Green Hill Reservoir also includes an off-leash area for dogs and boasts incredible views of the Brisbane CBD hence its popularity during Riverfire events.

Residence in Chapel Hill provides the rural and countryside ambience for those who cherish their peace and quiet while attaining the benefits linked with such proximity to the CBD. This exclusive suburb, bordered by Kenmore, Kenmore Hills, and Indooroopilly, is conveniently placed only ten minutes away from the University of Queensland’s main campus at St Lucia, as well as to the largest shopping precinct in Western Brisbane – Indooroopilly Shopping Centre. Chapel Hill’s access to main arterial roads, such as Moggill Road and the Western Freeway, allows quick access to the suburb, while the opening of the Legacy Way tunnel has contributed immensely to the reduction of traffic flow during peak times.

Chapel Hill is regarded as one of the most affluent Western suburbs of Brisbane, with a median house price of $770,000 (Apr 17th, 2017), while house values are predicted to skyrocket even further over the following years. The current on-going suburban gentrification consists primarily of the renovation or demolition of the original (the 1970s to 1990s) style homes to allow for the construction of more modern homes. The architecturally distinctive designed homes which exist within Chapel Hill contribute to the establishment of character and maintain the history of the region while possessing the potential for renovation and refurbishment, and small-lot developments.

The team at SmartReno would love to be a part of your next renovation or construction journey. So if you’re considering a project, why not give us an opportunity?

Forest Lake is a lively and growing area of Brisbane where estates are growing rapidly with thriving small families. With growing children, many of the original homes are adding extensions to cater for this. Teenage retreats and extra bedroom additions are common place.

Time was spent on the design of the new addition and eventually work got under way in late August. The slab of 40m2 had to be poured in four stages which took two weeks to complete. Part way through this stage of the build, the owner noted that her daughter would like to have the job completed by the end of October to align with her birthday. The owner, her mother, knew that it was a long shot as she had arranged the initial build of the home. She told her daughter that there was no way she could have her birthday party in the new extension. One week before her birthday she was able to move in! Very happy clients! In spite of a tight

One week before her birthday she was able to move in! Very happy clients! In spite of a tight budget, the addition was exceptional and the clients were super impressed with the result, especially the awnings which were added at no cost to tie in with the look of the original build.